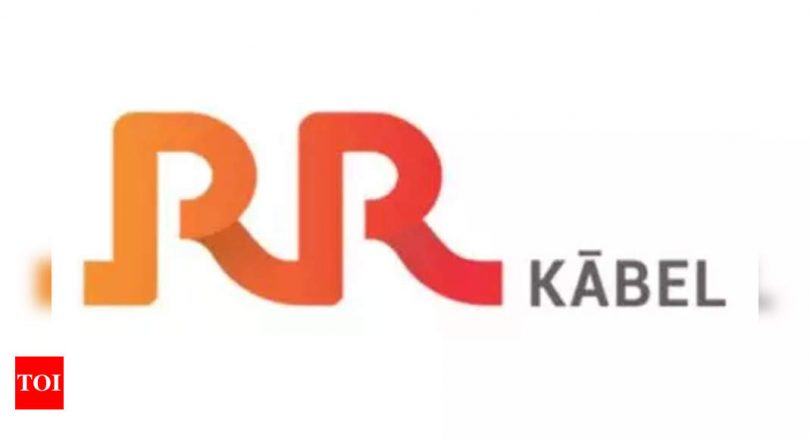 NEW DELHI: Wires, cables and Fast Moving Electrical Goods (FMEG) manufacturer RR Kabel plans to file preliminary papers with Sebi in May next year to launch its initial public offering (IPO).
RR Kabel, a part of RR Global, is planning to launch its IPO in third quarter of 2023-24, said its MD & Group president Shreegopal Kabra.
Besides, the TPG Capital-backed firm aims to almost double its turnover to Rs 11,000 crore in next three years by FY26, he said.
“We are planning for our IPO in October-November of 2024, which will be subject to the market conditions,” Kabra told PTI adding that by the first half of May, the company will have its balance sheet for FY23 and after that, it will file IPO papers with markets regulator Sebi.
When asked about the business, he said RR Kabel group had a revenue of around Rs 4,800 crore in FY22 and is expected to end current financial year at around Rs 6,000 crore, growing around 25 per cent.
Besides, the company has plans to invest Rs 1,000 crore as capex in next three years to enhance its capacity, said Kabra.
On the outlook, Kabra said:” In the next three years, we would grow around two folds. By end of FY26, we would be at around Rs 11,000 crore.”
The company is looking at its FMEG segment, besides its traditional business of wires and cables as a growth driver. It is also expanding its presence by entering into new markets.
According to Kabra, its FMEG business would contribute 13-14 per cent in FY23 and the rest would come from the wires and cables business.
In April this year, the Mumbai-based company had acquired Luminous Power’s home electrical business (HEB) from French engineering company Schneider to expand its play into the FMEG business. Besides, it is present in the segment such as fan and lighting with its own brand.
“Both the brands are contributing equally in the FMEG business,” Kabra said adding, “This year we expect FMEG to contribute around Rs 800 crore. By FY26, it will contribute around Rs 2,000 crore.”
The company plans to expand its product portfolio in switch gear, appliances and is also working on EV charging points.
Besides, it expects “good growth” coming from the HAVC (Heating, Ventilation, and Air Conditioning) segment helped by the growing number of warehouses and factories in the country.
While in the wire and cable segment, RR Kabel expects around 23 per cent of the business from exports, mainly to North American and European markets.
The company aims 30 per cent of its business to come from export by FY26 as it expands its presence in Europe and some other markets.
In the domestic market, the company has a strong presence in states, including Gujarat, Punjab, Haryana, Tamil Nadu, Kerala, MP and UP.
“We are now expanding in the eastern region and southern markets of Andhra, Telangana and Karnataka,” he added.