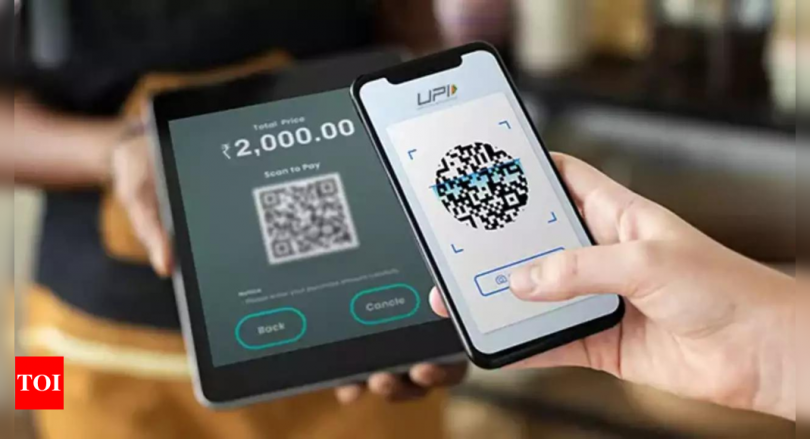 MUMBAI: Reserve Bank of India (RBI) deputy governor T Rabi Sankar pulled up banks for ceding the Unified Payment Interface (UPI) space to an extent where most of the business is with non-banks.
He warned banks that disruption in a small area of banks’ business could be quickly scaled up to disrupt other parts of their business by the competitors.
“How is it that a system of transactions between two bank accounts has evolved in a way where most of the business is owned by non-banks? Clearly, banks have missed a step here,” Sankar said, while addressing bankers at the 18th Banking Technology Conference organized by the Indian Banks’ Association in Mumbai on Saturday.
Sankar’s comments come a day after the National Payments Corporation of India was compelled to extend the deadline for a rule, which sought to limit the market share of third-party application providers in UPI to 30%. This was after other players failed to scale up, and PhonePe and Google Pay continued to dominate the space.
Sankar said banks already have the customer’s account number and registered mobile number, and it is a simple step for them to provide UPI handles to their customers.
“Probably, the feeling is that small value transactions are an insignificant business to put your resources into. What you missed is that when a revolutionary technology comes up, it affects only a small part of the business. Scaling that up and improvizing on that to affect the rest of the business is just a small step away,” he cautioned.
Sankar said it is a misconception to view fintech entities as a possible replacement for banks.
He said any entity that took deposits, extended loans, and enabled payments is a bank, and only banks can create money. “The competition is between digital methods and traditional methods of carrying banking services,” he said.
Sankar said while banks are there to stay, banking is mutating fast. He said while the RBI is opposed to private currencies, they have shown that digitizing currency could have some benefits, which is why the RBI moved ahead with the central bank digital currency (eRupee).
He said the initial experience in terms of digital currency systems is quite comfortable but the use cases must be developed through private innovation.