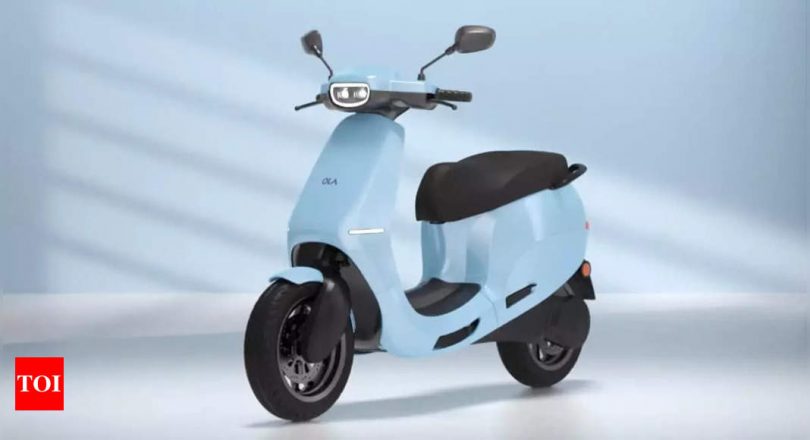 Chennai: It’s a festive charge that has continued well beyond the festival season. Electric two-wheeler sales have jumped fourfold in October-November with the latest Vahan data, showing a combined sales of over 1,53,000 units compared to just under 43,000 units in the year-ago period. E-two-wheeler sales in November this year were 76,150 units, up from 23,099 units in November 2021.
In October this year, e-two-wheeler sales hit 77,000 units, up from 19,702 units in October 2021. That brings the combined April-November tally to 4.3 lakh units. The EV market expects this pickup to continue right through December and all the way into 2023 with top players announcing production ramp-up to stay ahead of the top-gear demand.
Ola Electric Mobility CFO Arun Kumar G R said, “We are in the process of ramping up our two-wheeler production from 1,000 units/day to 3,000 units/ day by March 2023. By end-2023, we will be in the region of 2-2.5 million units per annum capacity.”
The company is also working on its cell plant, the ground-breaking ceremony for which is due in a “week or so”. The four-wheeler plant will have ground-breaking in early 2023, he added. E-two-wheelers, he said, will continue their dream run because “there is a lot of pent-up demand in the two-wheeler market in H2”.
Ditto for Ather, which clocked 7,200 units in November and 8,200 units in October. Ather Energy chief business officer Ravneet S Phokela said, “We continue to see sustained demand for electric scooters in the past few months. In anticipation of a strong consumer demand, we recently opened our second manufacturing facility in Hosur and we are confident that this facility will play a critical role in our next phase of growth.” TVS has also seen a sharp increase in its iQube sales in November at 7,754 units.
Industry insiders say this could well be the inflection point for the EV industry. JS4Wheel Motor MD Nikunj Sanghi said, “The demand is being driven by the realisation that the running cost of e-two-wheelers are 30% less than petrol vehicles. So, the economics make sense, particularly for the entry-level segment.” This, despite the fact that the top players in the e-two-wheeler market are still playing in the Rs 1 lakh-plus price band with Ola recently launching its Rs 80,000 product S1 Air to capture the belly of two-wheeler market.