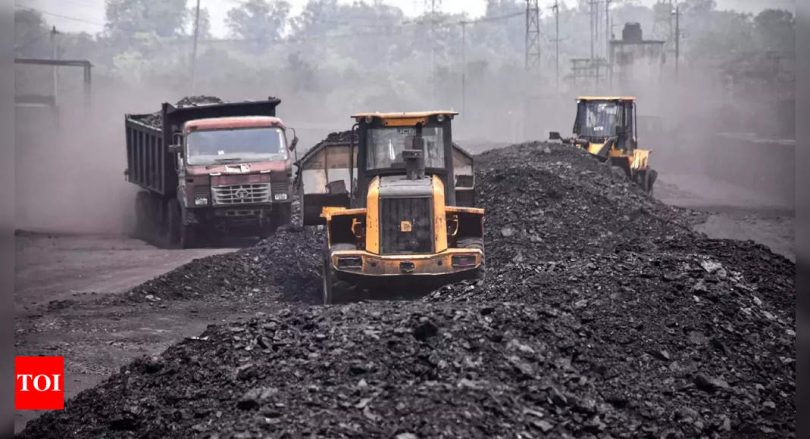 NEW DELHI: Coal production increased 17% to 524 million tonnes (MT) in the April–November period against more than 447 MT in the same period a year ago, a development that will help build buffer stock at thermal power plants in preparation of summer demand.
Data showed output from captive mines rising by more than 33% to 71 MT from 53 MT in previous corresponding period. State-run generation major NTPC alone posted a production increase of 48% to 12 MT against 8 MT in the previous corresponding period.
NTPC’s four operational coal mines — Pakri-Barwadih and Chatti Bariatu in Jharkhand), Dulanga in Odisha and Talaipalli in Chhattisgarh — posted the company’s highest combined monthly production of over 20 lakh tonnes in November since the beginning of operation.
State-run Coal India Ltd (CIL), which accounts for 80% of supplies, reported nearly 17.6% growth in production at 412 MT as compared to 353 MT during the same period of the previous year.
In tandem with higher production, coal despatch has also grown 7% to 558 MT during the period under review against 519 MT in same period of 2021-22.
Coal-fired power still account for about 70% of power flowing in the national grid. The government has made it clear that India will continue to use coal to meet rising demand for power. Coal minister Pralhad Joshi recently told TOI total production is expected to reach 900 MT by March 31, 2023.
The coal ministry has put 141 new coal blocks up for commercial auction and has been engaging regularly with coal mining companies in the country and monitoring their production.
Parallel to augmenting coal production, the government is also implementing the National Solar Mission to build 175 GW of renewable capacity by 2030 and set a target of meeting 50% of power need from non-fossil fuel sources as par of India’s climate commitment.